Lyla June to be Keynote Speaker for 2020 Convention 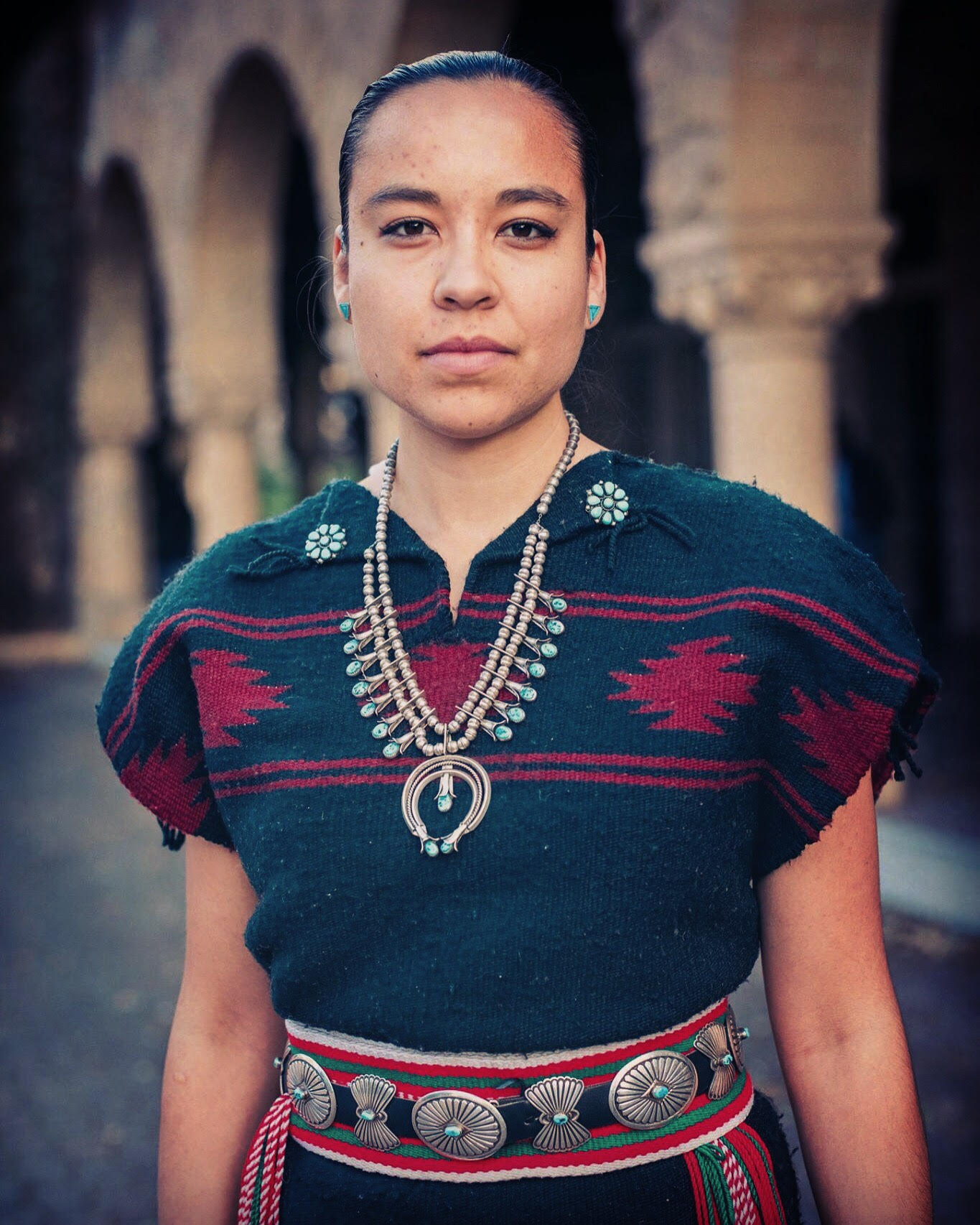 She is a co-founder of The Taos Peace and Reconciliation Council, which works to heal intergenerational trauma and ethnic division in the northern New Mexico. She was a walker within the Journey for Existence Movement, a 1400 mile prayer journey through Diné homelands for environmental and social justice. She is the lead organizer of the Black Hills Unity Concert. She is also the founder of Regeneration Festival, an annual celebration of children that occurs in 13 countries around the world every September.

In 2012, she graduated with honors from Stanford University with a degree in Environmental Anthropology. She recently graduated from the University of New Mexico with distinction with a concentration in American Indian Education. She is pursuing her PhD at the University of Alaska Fairbanks.

Tana Lala-Pritchard, an alumna of the Oklahoma Gamma chapter at East Central University, has been chosen to receive Alpha Chi’s 2020 Distinguished Alumni Award at the Society’s national convention to be held in March 19-21 in Albuquerque, New Mexico, where she will have the opportunity to share a message with student and faculty delegates from across the country.

A native of Albania, Lala-Pritchard had to leave her home country as a result of the civil unrest associated with the fall of communism in the late 1990s. She landed in a rural town in Oklahoma and in 1999 enrolled as a political science major at East Central University in Ada seeking to learn about the philosophies and systems of governance and apply that knowledge in the real world by pursuing an international career in development.

In 2018, Lala-Pritchard found herself the first woman and the youngest person ever to be appointed in the executive leadership team of WorldFish, a major global research organization headquartered in Penang, Malaysia, with 373 staff, 149 research projects, and offices across Asia, Africa, and the Pacific. Leading the strategic communications and marketing function in WorldFish, Lala-Pritchard collaborates with world-class scientists, high level policy makers, creative artists, social entrepreneurs, and passionate environmental activists to create, communicate, and deliver environmentally and socially responsible solutions that align with the global 2030 Sustainable Development Agenda on issues as diverse as climate change, blue economy and ocean governance, food and nutrition security, migration, poverty eradication, and gender equality.

“I love to stir—creatively—thinking, passions, individuals, partnerships, and resources to help build and communicate big ideas that can inspire and deliver transformational change to reshape a more sustainable and inclusive blue economy and ocean governance in the framework of the UN Decade on Ocean Science for Sustainable Development (2020-2030). I am passionate about building and restoring faith in facts, so more people can meaningfully engage with science and the critical issues of our times, and thus move them from words to actions for a fair, just, equitable world, and a sustainable blue planet we call Earth,” says Lala-Pritchard.

Prior to joining WorldFish, she led the implementation of global policy and communications strategy for a $52 million CGIAR Research Program on Dryland Systems. Her work to engender greater political research and financial commitment to the global issues of desertification, land degradation, and climate change was to facilitate improved science-policy dialogue by leading the advocacy and strategic campaigning efforts of the global Economics of Land Degradation Initiative. In 2015, Lala-Pritchard successfully led her teams’ global advocacy effort to raise awareness of the international community and influence the adoption of specific evidence-based targets on Climate Action (SDG13) and Land Degradation Neutrality (SDG15.3) by the UN General Assembly under the framework of the 2030 Agenda for Sustainable Development.

Lala-Pritchard was recently awarded the prestigious Oxford Scholarship for Exceptional Female Leaders to study for a post-graduate Diploma on Innovation and Strategy at the University of Oxford, Saïd Business School and has been asked to serve as the 2020 Oxford Program Ambassador. She holds the Master of Science degree in International Relations (with Distinction) from the London School of Economics and Political Science and a bachelor’s degree in Political Science and Economics (with the Highest Academic Honors) from East Central University. In addition to her native Albanian, she speaks English, Italian, French, and intermediate Arabic.

The selection committee agreed that the trait that made Lala-Pritchard’s nomination stand apart was the match her background had with the tenets that Alpha Chi espouses as a society of scholars. She has excelled professionally in numerous areas that require her to possess pan-academic prowess in a variety of disciplines. She has successfully navigated issues such as gender equality, ethics, poverty reduction, sustainability, and desertification, among others. Many of Lala-Pritchard’s professional experiences were with organizations that are advocates for human rights, fairness, dignity, and humanitarian causes—organizations replete with character and scholarship being applied for good. As a society, Alpha Chi has global and international reach. Her extensive international travel, ability to communicate in multiple languages, and extensive international governmental and non-governmental professional work experiences made her an ideal candidate to be recognized among Alpha Chi’s Distinguished Alumni.