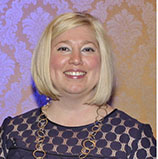 Leigh Hildebrand was inducted into the Missouri Delta chapter at Westminster College in 1997. As senior assistant parliamentarian to the U.S. Senate, Hildebrand advises the presiding officer of the Senate on all aspects of Senate procedure and interprets the standing rules and orders, relevant constitutional and statutory provisions, precedents and unanimous consent agreements. She enjoys holding one of the few non-partisan positions on the Hill and being able to truly focus on what is best for the Senate as an institution. She received her J.D. from the University of Georgia School of Law. In 2013, she was chosen to receive the Alpha Chi Distinguished Alumni Award.

Jesse Lenz was inducted into the West Virginia Epsilon chapter at West Liberty University in 2009. Lenz is a graphic artist whose work has been featured on the covers of national publications such as The New York Times Magazine, Newsweek, Entertainment Weekly, and more. He is the co-founder and creative director of The Collective Quarterly, a magazine that combines travel and creativity. Much of his creative work can be viewed on his website. 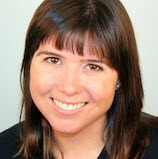 Gina Trapani was inducted into the New York Theta chapter at Marist College in 1997. Trapani is a tech blogger, web developer and writer. She founded the Lifehacker blog in 2005, and led it until 2009. She co-hosts two podcasts on the TWiT.tv network: This Week in Google and All About Android. Trapani has received numerous awards and recognition as an influential woman in the field of technology.

Clayton C. Anderson was inducted into the Nebraska Alpha chapter at Hastings College in 1980. Anderson was selected as an astronaut candidate by NASA in 1998 and began training that year. Prior to being assigned to spaceflight, Anderson served as an aquanaut during the NEEMO 5 mission aboard the Aquarius underwater laboratory, living and working underwater for fourteen days. He was a member of the 2007 Expedition 15 crew and spent 152 days aboard the International Space Station.

Dan Rather was inducted into the Texas Omicron Chapter at Sam Houston State University in 1952. Rather is a journalist and served twenty-four years as news anchor for the CBS Evening News. He is now managing editor and anchor of the television news magazine Dan Rather Reports. He has won numerous Emmy Awards and several Peabody Awards.

Reuben Ironhorse Kent was inducted into the Nebraska Delta chapter at Peru State College in 2013. He is a member of the Iowa Tribe of Kansas and Nebraska, and he has displayed his flute-playing and artwork in venues across the country. His works have been featured in several art books and have appeared in collections including the Smithsonian American Indian Art Museum, the Institute of American Indian Arts, the Heritage Museum at Pine Ridge, SD, and the Southern Plains Indian Museum.

Dr. Mary Wheat Gray was inducted into the Nebraska Alpha chapter at Hastings College in 1959. Gray is a statistician and lawyer whose areas of research include applications of statistics to human rights, economic equity, legal issues, and education. She is the founder of the Association for Women in Mathematics and is a recipient of the Presidential Award for Excellence in Science, Engineering, and Mathematics Mentoring. She is the author of two books and over eighty articles, and has lectured throughout the world.

Carl E. Stewart was inducted into the Louisiana Gamma chapter at Dillard University in 1970. Stewart is the Chief Judge of the United States Court of Appeals for the Fifth Circuit. Appointed by President Clinton in 1994, Stewart previously sat on Louisiana’s Second Court of Appeals, and served as an accomplished judge, attorney, prosecutor, and professor. He has been honored multiple times for his commitment to community service, including the Boy Scouts of America’s highest awards for volunteer service. Stewart is the first African American to serve on the Fifth Circuit as it is currently constituted.

Susan Spaeth Kyle was inducted into the Georgie Epsilon chapter at Piedmont College in 1994. Thirty years after graduation from high school, years spent as a print journalist and novelist while also raising a family, Kyle graduated summa cum laude in 1995 with a degree in history from Piedmont College in Georgia. In 2012, Piedmont College named her a Distinguished Alumni, noting her contributions to the field of literature. She’s published more than 150 novels, most under the pen name Diana Palmer, and is regarded as a top romance novelist, earning several national sales awards and being named to the New York Times best seller list multiple times.

Greg Bibb was inducted into the New York Theta chapter at Marist College in 1995. He currently serves as the Chief Executive Officer at Capital Sports Ventures. Prior to launching CSV, Bibb served three years as the Executive Vice President of Business Operations for the Washington Wizards, and five seasons as the Washington Mystics Chief Operating Officer. He currently sits on the board of the Boys and Girls Clubs of Greater Washington, and is the former director of the Greater Washington Sports Alliance and Most Valuable Kids, an organization dedicated to providing sports and entertainment experiences to underprivileged children.